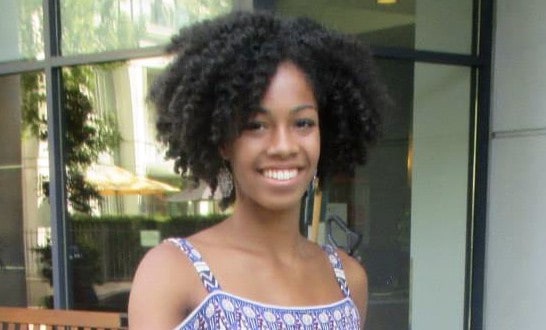 I still remember the day I decided to embrace my natural hair.

About a month after my boyfriend and I had moved out together, I had taken a week off work on a Stay-cation. (During this time, the afore mentioned best friend was supposed to fly into town, but the plans had fallen through.) So instead of going out and enjoying the summer as I had hoped, I sat curled up on the couch obsessing over youtube videos. Then, I had found myself on sites like NaturallyCurly and Curly Nikki, and  I spent hours and hours discovering what my mom had tried to show me a year before. The difference this time around, was that I was inspired. That, and I had a full week to learn. So I  found whatever product I could from the local drugstore, bought my first wide tooth comb, washed my hair like the articles told me; “in sections so it wouldn’t get knotted up”, then twisted my hair before bed.

I went to bed that night so giddy; anxious to see what would happen in the morning. When I woke up, I let it dry out a bit more, then dutifully untwisted while pausing and rewinding a how-to video off YouTube.

This was the end result of my first ever twist out. 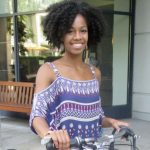 My First Ever Twist Out. 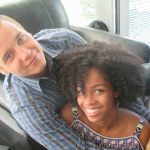 This Photo got so many more “likes” than my straightened hair had.

When I posted the photo on the left as my Facebook profile picture, people LOVED IT. Although they could have been being nice, my friends seemed to like my natural hair better. The positive reception encouraged  me to keep going, and keep experimenting.

Two months in I was well versed in the language of Natural Hair. Pre-poos, Co-washing, LOC method, LCO method, Twist-Outs, Braid-Outs. I had done research on them all. I even begun wearing my hair out to work once I felt I had perfected some of my looks.

People on the streets, and behind me in line at the grocery store would compliment me on my hair, and it would do wonders for my confidence, encouraging me that yes, this was the way I should be wearing it.

6 months in, however, I got bored again. I was taking care of it, rotating between protective styles and wearing it out. It was growing, and getting healthier, but it was the same few style rotations. I wanted something different.

My new obsession became the idea of dyeing my hair. I devoted a Pinterest board to it, and would show the colour options to anyone and everyone who would sit still long enough to see it. I was extremely intrigued by purple and red, but at work only permitted the choices of “natural” colours.

Eventually, I opted for an Auburn in a line called Olia by Garnier. (I wish I had pictures of it at the time, but lost a lot of them on my last phone). In the below picture, it is much more faded than when it was initially dyed, but you can see the tint. 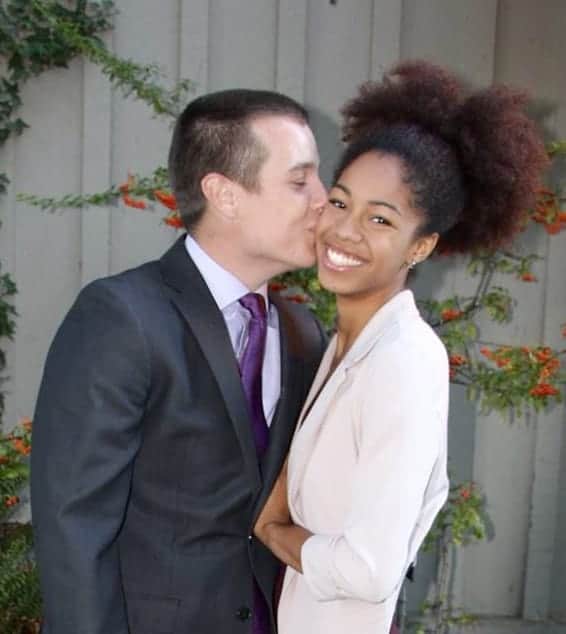 The colour continues to fade and grow out today, and although I am tempted to dye it again, I’m also sometimes missing the dark brown/black of my Natural hair.

So there it is. From the beginning to the present: My Natural Hair Journey.

It is always evolving as the community changes, and as I learn more about what my hair can do. In the end, I love it. I love the versatility, I love the texture, and I love that it is so uniquely “Me”.

I have finally reached the place my mother had wanted me to reach all this time. A place where I was comfortable with every part of myself, and where I appreciated, felt pride in , and realized how lucky I am for everything I was born with. I have embraced being natural, and I have embrace being me.

Everyone’s hair story is different, just as everyone’s texture is different. I know that my hair won’t ever look like some of the other Naturalistas out there, and I am comfortable with that, I am proud of that.

Thanks for reading guys, and I look forward to sharing the rest of my Journey with you as it unfolds.

love your blog. You are doing a fantastic job

this is absolutely beautiful! It so crazy to realize exactly how many of us struggled with the same sense of insecurities for so long. Your hair is amazing girl! love this

Such a great read! It’s so interesting hearing other people’s journey to natural hair; we all have distinct differences, but a lot of similarities too! Your hair is beautiful, thanks for sharing!

Thank you so much! I think I never get tired of reading other people’s stories. They are so strongly linked to how each person sees themselves in present day, so I thought, why not put another one out there?