Part 1 – Child with the Fro 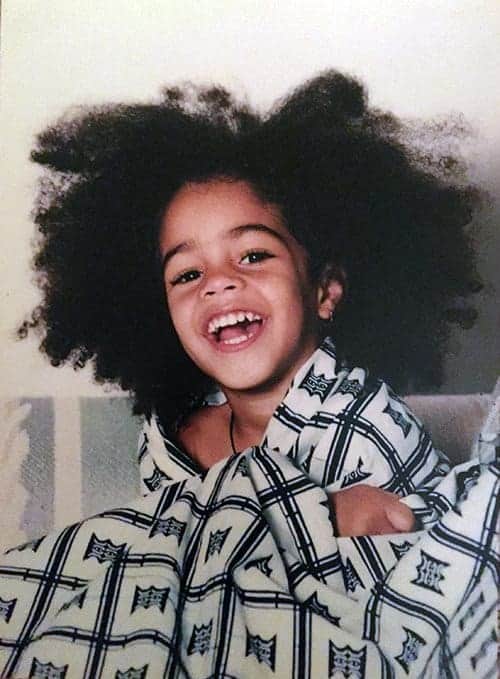 Everyone who has “gone natural” has a different journey, yet the similarities are easy to predict before you’ve even read someone’s Bio. The key characters, Heat Damage and Relaxers, are bound to show up in most stories, and they make an appearance here too. 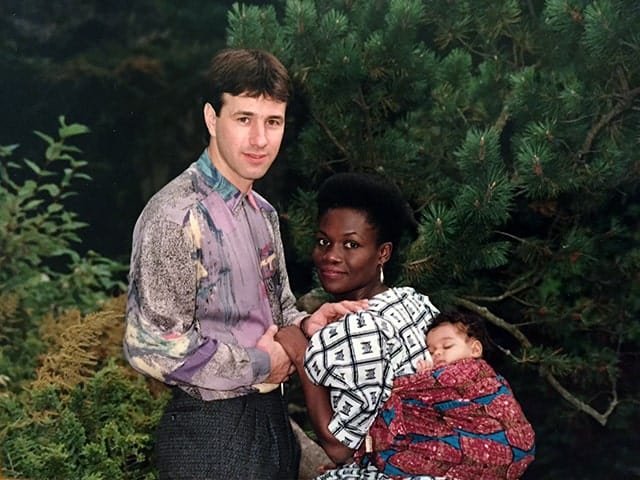 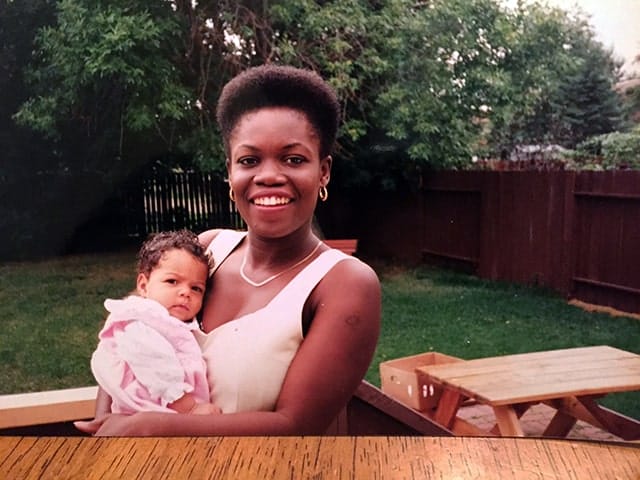 If only my hair had stayed this soft… 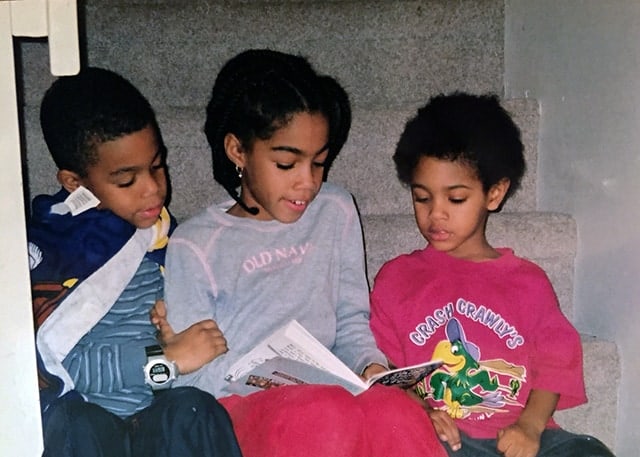 Before telling this story, you have to see where I came from.

Between my mother’s thinner tight coils, and my father’s thick straight hair I could have landed anywhere on the spectrum between them.

I know on the internet, mixed girls can get a lot of envy for the perceived manageability of their hair. Usually these much-admired girls rock beautifully defined type 3 curls that appear to fall into place without much manipulation.

But the thing is, when two people make a child, the mix can turn out just about any different way along the scale. Even between myself and my brothers, we all  have different textures.

My youngest brother and I have the most similar; thick but softer hair (After a wash and air dry, I think his curls are even looser than my own.) Then there’s my middle brother’s hair. His is more similar to my mom’s tight coils, and he has a lot of it.

While I was blessed with an abundance of hair, I was definitely not given easy hair.

On to “The Beginning”

I have always had a lot of hair. In fact, I came out of the womb with a head full of it. As a baby, my hair  was much softer, and it stayed out in an adorable fro most of the time. As I got older, it became steadily thicker, kinkier, and coarser. It was only then that we started braiding and containing it out of convenience for day to day… and as a requirement for my dance classes.

As I reached school level, I loved my big hair as a sort of novelty. The other kids liked to touch it and squeeze it, pretending it was a pillow. In my dance routines, I was encouraged to wear it out because it would make me more [Insert: Funky – Urban – Jungle – African- Cool]. Either way, everybody seemed to love my hair, and I liked that.

The thing about my appreciation for my hair, is that while it may have been a cool party trick, I didn’t appreciate it so much on a daily basis.

Despite encouragement to “wear it out”,  in elementary school my hair stayed predominantly in braids, (which I would then tie back into a ponytail). At that age, I don’t remember if it was the way it looked in its natural glory that bothered me, or just the hassle of dealing with it.

I also suspect, mostly from looking back on pictures, that somewhere between dance and me always wanting my hair up out of my face, was the start of the breakage.  I was prone to breakage where my hair met the elastic, and  the result was a strange frizzy halo around my head.

Then we discovered blow dryer combs

A milestone memory for me is when my mom bought one of those Gold N Hot blow Dryers. The idea behind the purchase was to make my hair more manageable; especially when trying to slick my hair down into a ballet bun.

When she was done combing it through my hair that first time, we were both so excited. We couldn’t believe how “straight” it was! (I say this in quotations, because looking back, it probably wasn’t even that straight). I remember going to look in the mirror, and flipping my head back and forth and watching it move. The way it sort of floated around my shoulders mesmerized me. My mom was probably most excited about the fact that she could run her hands through it. That, and she could actually pull it into a ponytail without pulling a muscle. Yes, my hair really was that thick.

Blow drying my hair then became an integral part of wash-day. While my mom’s hair type is 4c, and mine 4b (with some 4a sprinkled throughout), the thickness, coarseness, and length of my hair put my wash days into a whole different arena than hers. It was an all-day workout.

After getting used to the “more-straight” look, I grew to prefer it to the bushy madness that lived on my head since it kept the frizzes at bay. I would still tie my hair back in buns and braids most of the time out of convenience, but wearing it out in a fro was not an option to me.

Then high school came… and we discovered the hair straightener..