My favourite protective hair style to-date has been my black to emerald green ombre box braids. I had never before played with colour in my hair, and I really loved it.

Apparently strangers loved it too, because a surprising amount of people came up to compliment my mermaid hair. At first, I was actually caught off guard, because I hadn’t even been aiming for a mermaid look (but I was pretty pleased that I had unknowingly given off that vibe).

I ordered the braiding hair from AliExpress, and was overall satisfied with how fast it came (less than two weeks), and with the quality. I ordered ten packs just to be on the safe side, and only used seven.

Six packs of hair probably would have been enough, but my boyfriend sat on and tangled one of the bundles I had left on the couch… 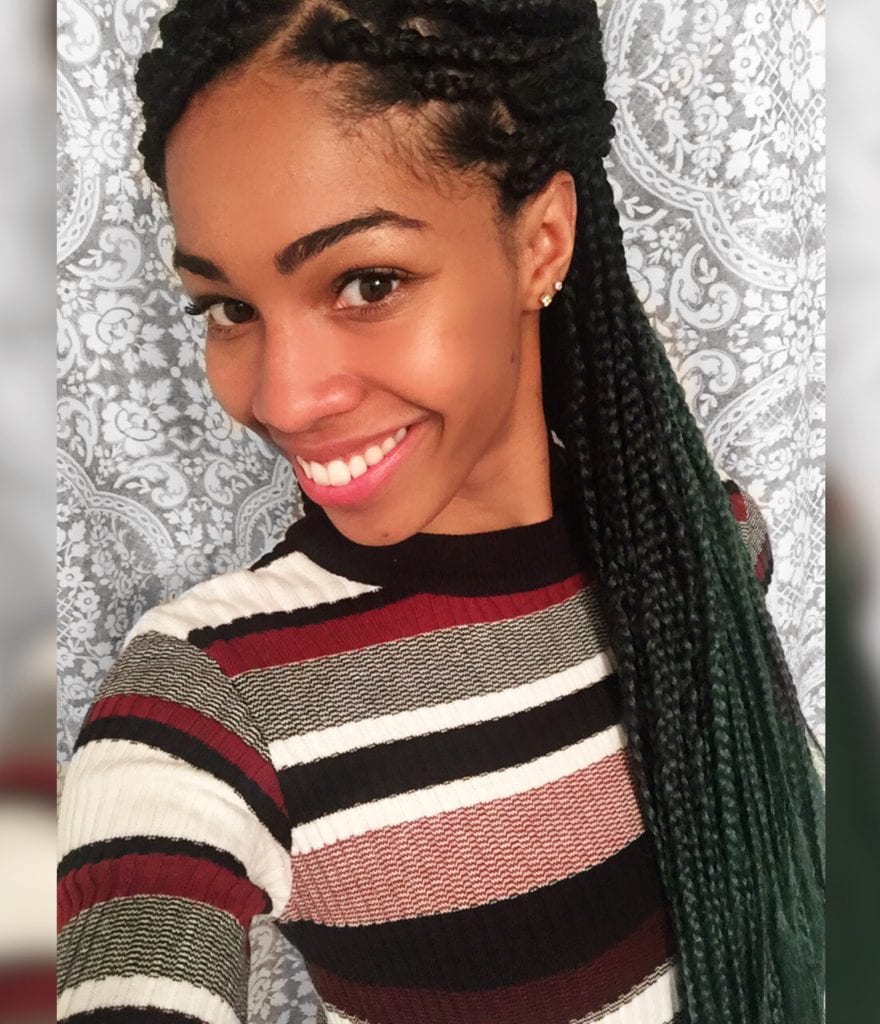 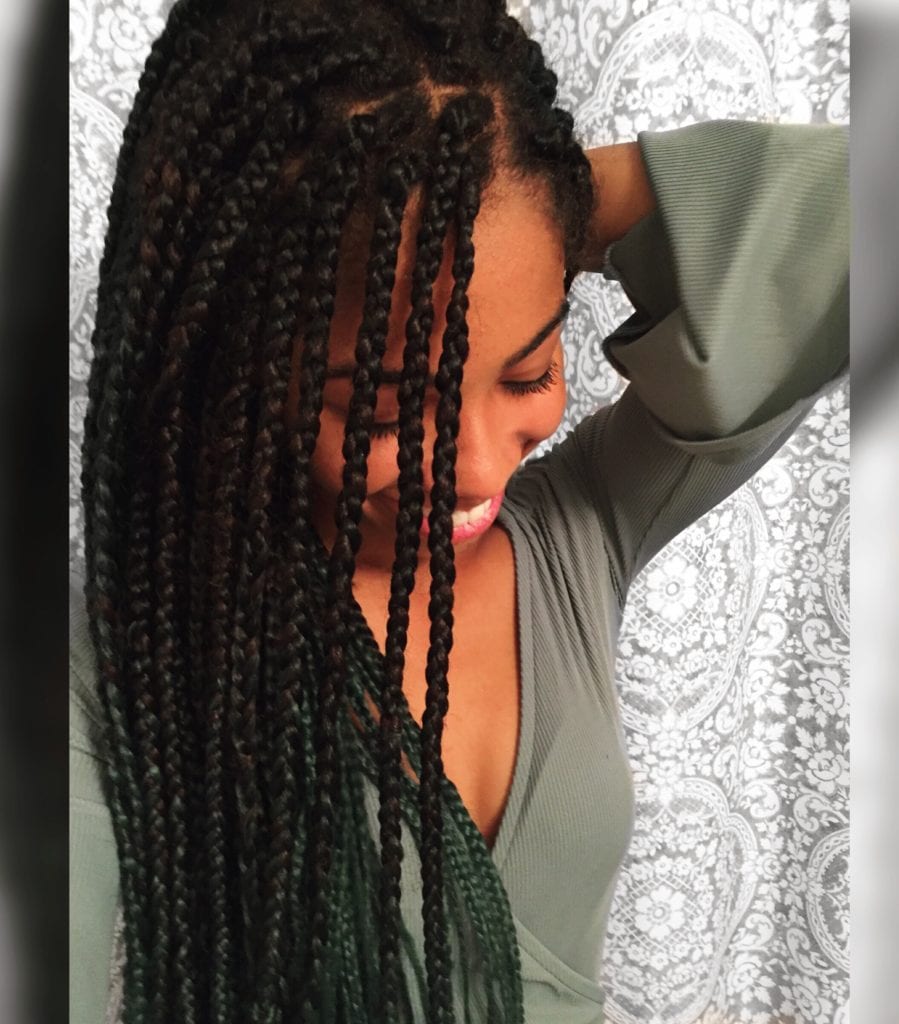 Green ombre box braids made for a perfect introduction to colour.

Even though half of it was a sort of emerald teal, the colour was still quite subtle. Depending on how I had the braids tied up, it would sometimes take people awhile to realize they weren’t a “normal” colour. My only regret is that I didn’t take more selfies with the style! 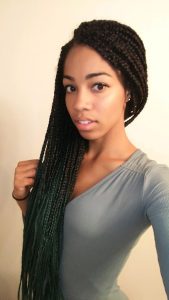 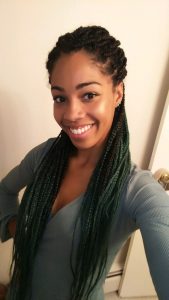 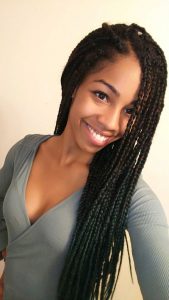 Okay… I guess I took a fair amount. 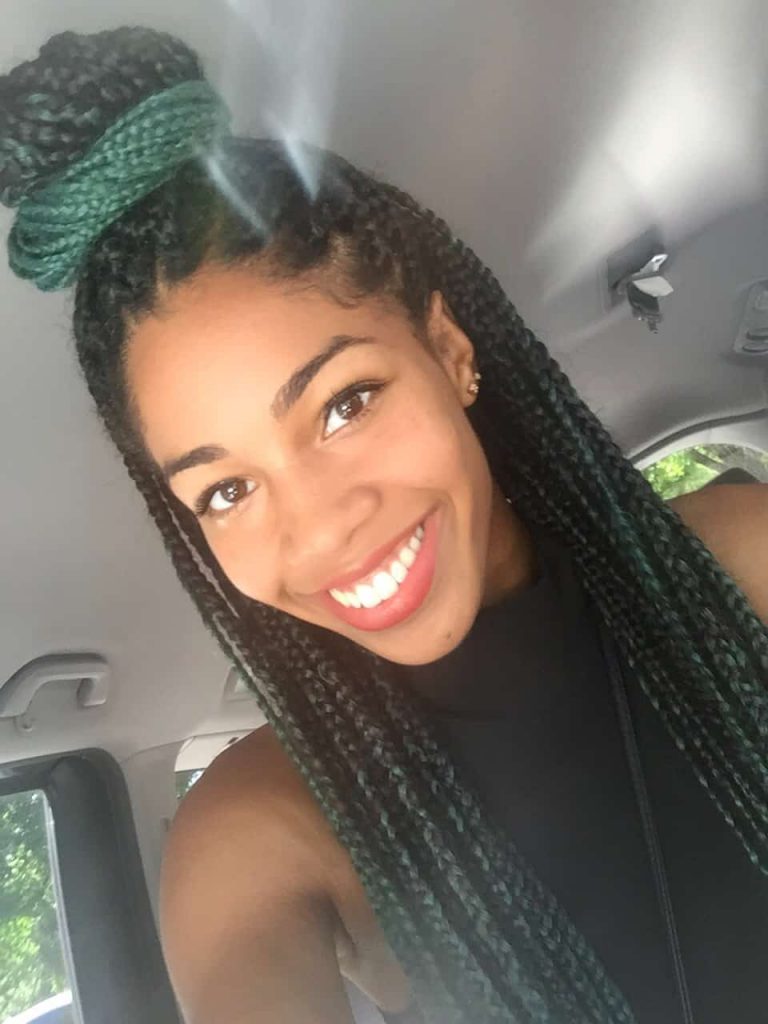 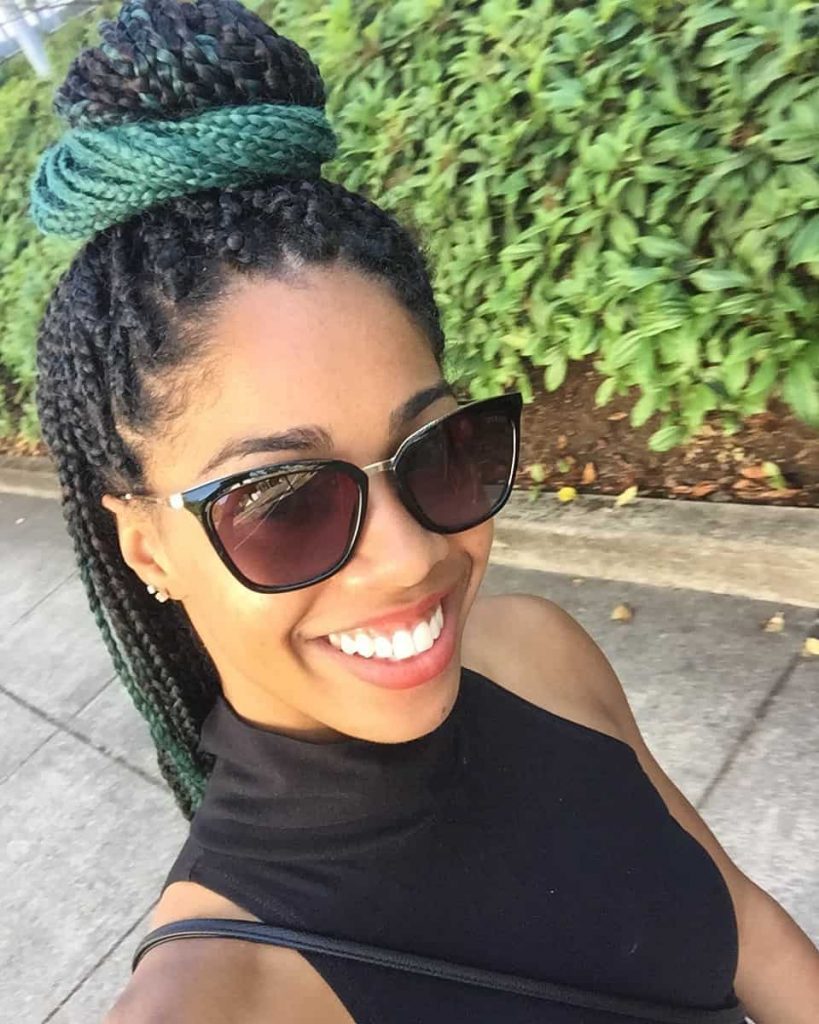 I had also timed putting my braids in at the same time that Xandria of had put in her three-tone purple/pink box braids. This was so that we could get together with Niel and take some fun artsy shoots like this one: 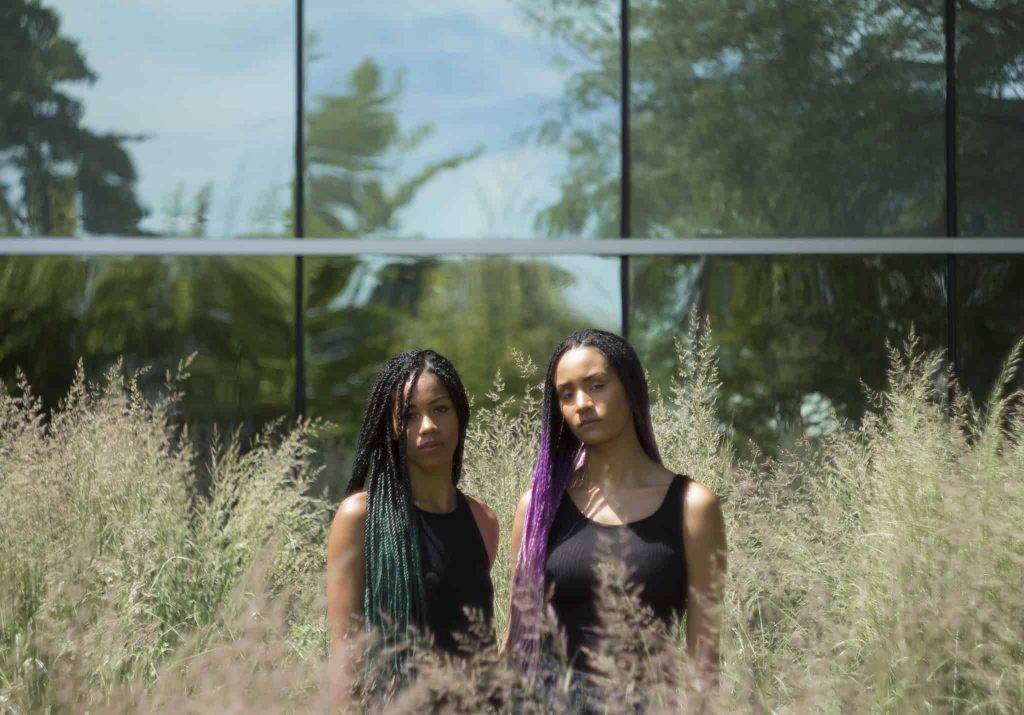 The last time I wore box braids, I had left them for a solid six weeks. I had travelled in them, and swam in them so much that my hair was dry and brittle by the end of it—resulting in a not-so-protective protective style. This time around, I kept the style in for about four weeks on the dot, and my hair was extremely happy with this. After taking them out, I was even able to rock a pretty solid, healthy looking braid-out for another week after.

So what should I try next? What colours have you used in your own protective styles? Are green ombre box braids in your future?

Make sure to catch the latest from Comfy Girl With Curls on Social Media!